A strange time for Melburnians — and Melbourne fans

The cancellation of the pre-finals bye means AFL finals will be played in August for the first time since 2000. Andrew Gigacz looks back at past finals played before September.

Footy fans, particularly those in Melbourne, have been taken to some strange and unusual places — metaphorically and literally — over the last 18 months. In 2020, we had to cope without the game we love for three months, autumn into winter, a time when supporters of all clubs usually bask in a belief that, “this could be our year”.

Instead, COVID condemned us to a prolonged footy void. When the AFL season resumed, the fixture had been shortened and the finals put back by a month. As a result, the entire finals series was played in October, with the Grand Final played in Brisbane — far from its traditional home, the MCG — on October 24. Never before had a VFL/AFL season ended so close to Christmas.

As the 2021 season began, it looked as if “normal service” had resumed. A full 23-round season with a Grand Final at the MCG on the last Saturday in September.

Of course, as we now know, COVID was not done with us yet. Thanks to some clever timetable gymnastics by the AFL, the regular season has been completed on schedule. But with spectre of growing outbreaks hovering over the nation, the league has brought forward the finals by a week, in an attempt to bring the 2021 season to a fitting climax before the coronavirus makes that an impossibility.

As it stands, the MCG is again unlikely to host a Grand Final this year, and the 2021 finals will begin in August for the first time in more than two decades. Within the space of 12 months, we will have witnessed the latest finals series ever, and one of the earliest. 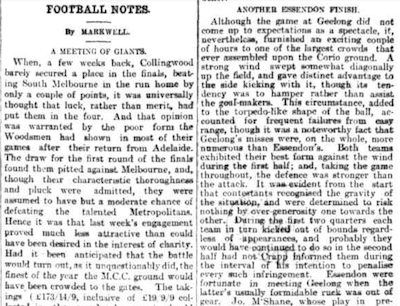 Finals in August have been rare over the 125 VFL/AFL seasons but not entirely unknown. Indeed, in the very first VFL season in 1897, two of the three finals weekends took place in August. Over the next seven decades a sprinkling of finals series commenced in August, most recently in 1964 — with one exception. The entire 2000 AFL finals series was played in the month of August, after the league agreed to bring the entire season forward by a month to give the 2000 Sydney Olympics — held in September — “breathing space”.

Twenty-one years later, Victorians are readying themselves for another finals series to begin in August. There will be one glaring difference this time, though. All four matches this weekend will be played outside of Melbourne — in Adelaide and Launceston.

It’s a strange time for Melburnians, and even more so for Melbourne Football Club fans. Their team has finished the season on top of the ladder for the first time since 1964, the last non-Olympic affected season to have a final in August.

The Demons won the flag that year. They have not won one since. Long-suffering supporters in search for omens that the premiership drought is about to end can start by embracing a finals campaign that begins in August.

A total of 26 finals have been played in August. Eight of those have been decided by a margin of a goal or under. Two of those came in the very first week of the first VFL finals series, back in 1897. In week one of a round-robin series, Collingwood pipped Melbourne by four points, while Essendon held off Geelong to win by six points. The Dons went on to win the inaugural VFL premiership.

Four years later, Essendon again nailed a close one, defeating Fitzroy by a single point in the Second Semi Final. The Dons again followed up that narrow win by going on to win the 1901 flag, their second. Fitzroy had its turn at winning a close final in 1916, eking out a six-point win in their semi-final, while Carlton beat Richmond by three points in the other semi-final. The Roys continued the trend set by the Dons, following up a narrow win with a premiership. 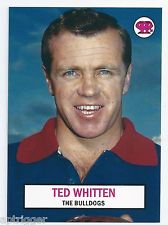 That trend carried on in 1918, this time with South Melbourne. The Blood-Stained Angels narrowly defeated Carlton in their semi-final by five points, and then took home their second flag. The next August finals thriller was not until 1956, when Footscray pipped Geelong by two points in a semi-final before being eliminated by Collingwood in that year's preliminary final.

The most recent August final decided by six points or fewer came two years later, with North Melbourne holding off Fitzroy by four points in the 1958 First Semi Final. The Kangaroos, like the Bulldogs two years earlier, fell at the preliminary final stage that year.

With the 2000 season brought forward by a month to accommodate the Sydney Olympics, more August finals were played in that year than any other. The eight matches produced three matches decided by 10 points or fewer, but unfortunately they also provided the four largest margins on the list of 26. One of those resulted in the second-largest margin in a final ever. In the First Qualifying Final, Essendon thrashed North Melbourne by a whopping 125 points. The only larger margin in a V/AFL final came in 1984 when the Dons defeated Collingwood by 133 points. The Dons' score against the Kangaroos — 31.12.198 — remains the highest in any finals match.

Carlton's 82-point win over Brisbane in the second-largest August finals margin, and the two preliminary finals (Melbourne defeating North Melbourne by 50 points and Essendon beating Carlton by 50 points) produced the third- and fourth-highest margins on the list. 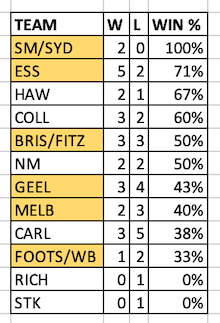 Teams and players that have a history of doing well in finals are often dubbed 'September Specialists', but what does history tell us about the success of teams in finals played in August. Six of the eight finalists in 2021 have previously played finals footy in August, the exceptions being Port Adelaide and GWS. The Swans have a 100% record, albeit with a sample size of just two. Essendon comes next, with a win percentage of 71 in its seven August finals. The least successful of this year's finalists in August are the Bulldogs, one win from three games yielding a win percentage of just 33.

The largest crowd to attend any of the August V/AFL finals came in 1964 when 92,231 fans saw Geelong defeat Essendon by 19 points at the MCG in the First Semi-Final. 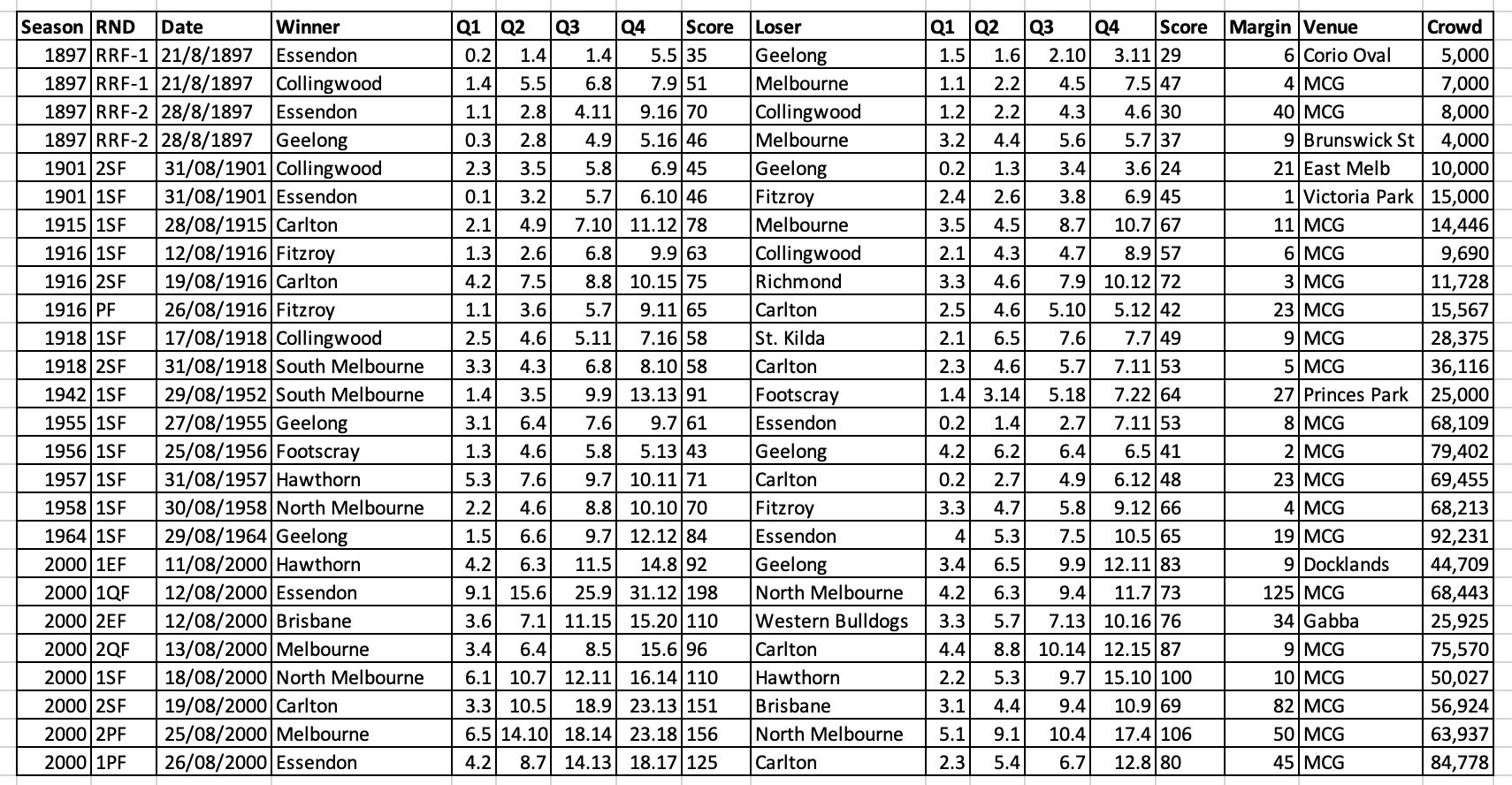