The pantheon of 300-game Indigenous players is much larger and older than what it is credited for by the AFL. Jeff Reynolds makes a strong case for the widening of the AFL's historical lens.

During Round 5 of the 2019 AFL season Eddie Betts kicked six brilliant goals, including one of the most skilful you could ever wish to see, on his way to 300 games joining Adam Goodes, Shaun Burgoyne, Andrew McLeod, Michael O’Loughlin and Gavin Wanganeen in the pantheon of great Indigenous players to reach the coveted milestone. This achievement was illustrated by a beautiful graphic presented during the games broadcast. 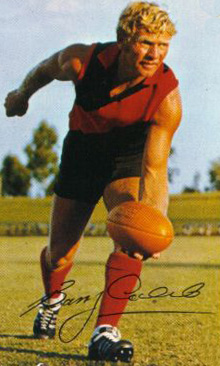 But there is a problem. The pantheon of 300 game Indigenous players is much larger and older than what is actually credited by the AFL.

Instead of just six 300 game indigenous players over the history of the game, there have actually been double that number. Those first class 300-gamers omitted by the VFL/AFL’s historical lens are:

Clearly, Indigenous players at the top level are not a new phenomenon and did not start with Gavin Wanganeen’s AFL debut in 1990. Instead, Indigenous Australians have been huge contributors to the code for a very long time. For example, Graham Farmer made his first class debut with East Perth in 1953, almost four decades before Gavin Wanganeen, but the latter is credited as the first 300-game Indigenous player by the AFL. 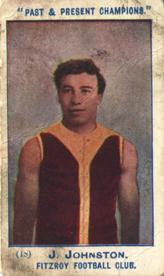 Meanwhile, Barry Cable, the Indigenous Australian with the most first class club appearances is credited with only 115 games by the AFL. This is selling Cable’s career short by more than two thirds! Alternatively, when we look to the pioneers of Indigenous football in Australia, the AFL credits Joe Johnson (left, with incorrect spelling of surname) in 1904 as the first Indigenous Australian to make a senior first class debut.

Something must be amiss.

The obvious answer is that the AFL’s records only include achievements in the national competition along with the former Victorian state league from which it evolved, excluding other states in order to maintain the notion of a single competition linearity. 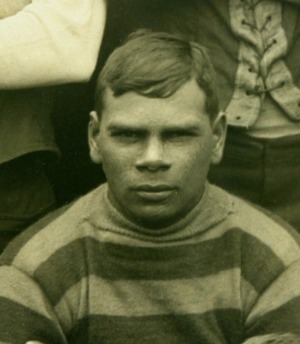 The desire of a linear historical lens for the AFL’s record books is both arbitrary and parochial. Sure, the VFL did evolve into the AFL — this fact is not disputed. What is disputed is why should other state leagues be completely ignored. For the entirety of the VFL’s existence, apart from the mid 1980s, it was a semi-professional suburban competition located exclusively in Melbourne and its satellite city Geelong. It was a state competition, not a national one.

Granted, demographics would suggest a difference in standard between the top state competition of Victoria when compared to the other heartland states of Western Australia, South Australia and Tasmania based on population. Even so, was any discernible difference ever significant enough to erase those other heartland states and their players from the history books entirely?

The standard of competition between the different European leagues varies greatly, but Association football’s history books show us that a game for Real Madrid is credited equally alongside a game for Manchester United, Ajax, Juventus, Borussia Dortmund etc! The difference between our state leagues was far narrower than those present in Europe’s national competitions. 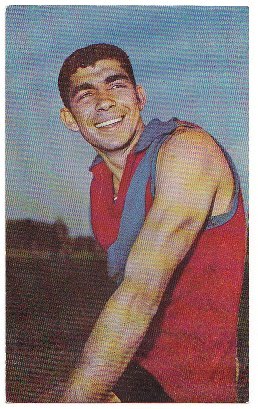 What do all these demographic statistics mean?

Well, prior to the national competition being officially labelled as such, more likely than not, if an Indigenous Australian was to have their contribution to the game count in the eyes of the AFL they had to displant themselves from their home, family and country and travel to Melbourne to play in a competition of not too dissimilar standard to the one they were already playing in. Their compensation for all this disruption? At least until the late 1980s remuneration was often only equivalent to an average part-time job, subject to the player being a star (and not discriminated against). 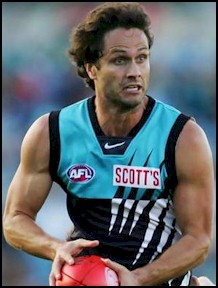 For a single country code in an ocean of international sports the custodians of Australian rules football sell our sport’s history very short, even more so for our Indigenous players. It’s time for the AFL to adopt a lens for its history books that reflects the national story of our game.

Note: First class Australian rules football is taken to include the VFA until 1896, The SANFL, Tasmania’s top regional league which would often converge come finals time, the WAFL, and VFL until 1989. These competitions were the top level of the code in their respective states until they were unequivocally superseded by the evolution of the VFL into the AFL.

I don't mind the idea of first-class statistics, so long as it's all readily available (I hadn't ever thought of the soccer argument until you mentioned it), but I'm not sure I agree with the date of delineation. The only difference between the 1989 VFL season and the 1990 AFL season was a change of name. I think the start of a decade was just a neat moment in time, not really for any other reason. It would make more sense for the 'first-class' stats to stop at the end of 1986 for WAFL, and the end of 1990 for SANFL. The proceeding seasons were the first that those state leagues would be directly impacted by the presence of VFL/AFL teams based in the local area.

Also, the soccer argument of top-flight football being of varying standards doesn't fly if you don't include the QAFL / NSWAFL / NTFL presumably just for the reason that they aren't "football states". Such leagues are still the top-flight leagues of their states, no matter the standard.

This is naturally broader than just indigenous players. I like the idea of the first class based system.

I have a book titled '3AW Football Records' which is a interesting read. It has a section on long careers and notes that Kevin Murray played 446 games which includes WAFL, VFL rep, WA Rep, night and VFA games. Some other examples include Darryl Baldock 433 games (123 VFL), Harry Coventry around 500 games and Barry Round 400 games. As mentioned in my previous comments, this does not just impact indigenous players - it is not as if these players are being treated different compared to players of different backgrounds. Players like Peter Carey (467 SANFL games) who played their entire career in a non-VFL competition are the most hard done by.

Using the logic above, first class games would include: