Following the sudden and very sad passing of John Devaney, founder of this website's predecessor, Andrew Gigacz reflects on the legacy of a man known to too few.

The name John Devaney is not one known to many followers of Australian rules football. But it should be. Devaney, who died suddenly this week aged 65, wrote somewhere in the vicinity of three million words about Australia's national game, and the depth and breadth of his knowledge of the game's history — from the highest level to back-blocks leagues and clubs — is arguably unmatched.

What makes Devaney's story all the more remarkable is that he was born in England, and spent only seven years living in Australia, from age six in 1963 until 1970, when his parents returned with him to their homeland when he was just 14.

It was back in England that Devaney wrote the first of his three million odd words on the game he fell in love with during his time down under (specifically in Adelaide). He wrote the last of them just two weeks ago, on November 18, when he made his last edit on this website, which proudly celebrates the history of Australia's indigenous game.

The australianfootball.com website was born nine years ago, in 2012. It was financed by independent football fan Adam Cardosi and designed by Slattery Media, but its genesis was largely a rebirth of another website, Full Points Footy, which was the creation of John Devaney.

As an early teen still living in Adelaide, Devaney began writing to clubs and leagues all over Australia, requesting copies of annual reports and other literature pertaining to those organisations and their seasons. He continued to do so long after he had returned to his native England. It was these that formed the basis of what would become Full Points Footy and then australianfootball.com. 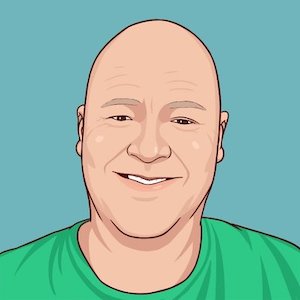 Devaney's fervour for collecting these ephemeral items resulted in a vast paper database of facts on which he could draw. Using that knowledge he crafted thousands of player biographies — not just of the "big league" players of the VFL/AFL, SANFL and WAFL, but also of local suburban and country legends, whose feats were no less noteworthy. He did the same for the clubs themselves, and he also brought to life many games from long ago by creating "match reports" using the information he'd gleaned.

Because his time in Australia was spent in Adelaide, Devaney developed an appreciation of the great players of the SANFL, one that many Victorians did not possess. Perhaps because he came to the game as an "outsider", Devaney's view of the game was not coloured by the state-based parochialism that tended to skew the perspective of those who were born into the game in Victoria, South Australia, Western Australia or Tasmania.

John Devaney used his unique standing as a footy fan to amass a vast and vital repository of results, tables and data, which he in turn used to write more than a dozen books and create a website — now known as australianfootball.com — that is used as a research tool by many football historians, and fact-finder for countless fans.

While the AFL has done a reasonable job of recording and celebrating its own history, and that of its predecessor, the Victorian Football League, it has done little as the custodian of the game to ensure the history of lower level leagues has been preserved and acknowledged. John Devaney has filled that breech for nigh on half a century, telling stories that might have been otherwise forgotten.

John's legacy to the game is larger than many will ever know, and his loss is a profound one.