Withe the AFL's 2020 national and rookie drafts done and dusted, Andrew Gigacz takes a look at some of the more obscure facts regarding the players selected.

As soon as this year's trade period ended, footy fans were hanging out for the AFL National Draft. In fact once the DAYS OF TRADE were over, fans were heard to be yelling out the anagram of that very phrase: "YES, DO A DRAFT!". Well their wait finally ended last Wednesday night when the 2020 draft was staged online, with the effects of COVID still lingering in cities around Australia.

As the names were called out, future players' lives changed in an instant, as they wrapped their heads around the idea that they were about to join the AFL's elite. And also as the names were called out, the future complexion of the AFL changed, too, with a host of never before seen first names and surnames on the verge of becoming AFL 'firsts'. Let's have a look at some of those.

What a capital idea!

It's a tradition that started way back in the opening round of the very first VFL season, in 1897 — although, if we're being honest, it probably wasn't an actual tradition until several decades after that. In fact, some would argue it's still not a tradition, but we're claiming it is — especially after this week's draft. What are we talking about? Players who have a first name that is also a US state capital.

Austin Lewis kicked off the tradition when he ran out for Melbourne in the opening round of the inaugural VFL season, Austin of course being the capital of Texas. If they had run a book 120 years ago on which state capital would be the next to become a VFL player's first name, you would have almost certainly got long odds on the eventual winner. That person was Bismarck Kulpa, who turned out for St Kilda in 1908. Bismarck is the capital of North Dakota.

A few more Austins appeared in the VFL after that but it was not until 2010 that the AFL got its third US state capital when Jackson Trengove debuted for Port Adelaide. Since then players with state capital first names has become a bit of a thing, and we have added Lincoln (McCarthy) and Madison (Prespakis) to the list.

And on draft night this year, two more capital city names were selected. First came Denver Grainger-Barras, taken by Hawthorn with pick six, Denver of course being the capital of Colorado. With pick 42, North Melbourne then took Phoenix Spicer on board, giving the league a seventh discrete US state capital.

Once Denver and Phoenix makes their debuts, a total of 22 players with state capital names will have played, giving us a full team. Below is the full list, including the two 'newbies':

It follows from above that Denver Grainger-Barras and Phoenix Spicer are the first V/AFL players to have those first names but Grainger-Barras also qualifies as a first time surname as well. Phoenix Spicer just misses out. He has become the second V/AFL Spicer, although he is the first in more than a century. The first was Richmond's Reefton Spicer, who will lose his status as a player whose first name and surname are both unique in league history when Phoenix Spicer debuts, presumably at some stage in 2021.

He will retain a unique first name as a consolation, although looking at pick 23 in the draft, Collingwood's Reef McInnes, we're not even entirely certain about that. We're assuming Reef is a full name, but if it happens to be short for Reefton, then Reefton Spicer will be a loser twice in the same draft.

Other draftees who will have both a unique first name and a unique surname when they take their AFL bows will be the number one pick, Jamarra Ugle-Hagan, and Isiah Winder, taken by West Coast with pick 57.

On a first name only basis

Among the draftees are several new names, although "new" might be a bit of a stretch in a couple of those cases. Although Braedon Campbell (pick 5, Sydney) will be the first of that first name to play AFL footy, we have already had seven Braydens and one Braydon (Preuss) appear in the AFL. Meanwhile Nik (full first name 'Nikolas') Cox will be another variation on the Nick/Nic/Nicholas theme, but he will be the first Nik or Nikolas, whichever he prefers.

The fact that Hawthorn's number 29 pick, Seamus Mitchell, will be the first ever Seamus to play V/AFL will surprise some, given the name's long Irish history, but that will indeed be the case. Taj Schofield (rookie pick 37 for Port Adelaide) will be the first AFL player of that first name. The closest the league has seen to Taj is  Footscray's Tad Joniec, who played one game for the Bulldogs in each of 1969 and 1979.

Three names that made their AFL debuts in 2015 have all shown up again in this year's draft. Bailey Laurie is set to become the eighth Bailey to play AFL since the Bulldogs' Bailey Dale became the first in 2015, while Conor Stone will be the fourth Conor since the name's 2015 debut and the number of AFL Calebs will rise to five when Collingwood's Caleb Poulter makes his senior debut.

First names that used to be surnames

As for Bailey Laurie's surname, it will be an AFL first when he makes his debut. And unless he has a very large and talented football family, it will be a long time before the surname Laurie catches up to the first name Laurie in terms of V/AFL representation. To date there have been 45 first-name Lauries in league history.

In other battles between first names and surnames:

* When Sydney's Logan McDonald, he will take the first name Logan total two, still three behind the surname Logan total.
* Collingwood's Oliver Henry (pick 17) will make it 3-8 between first name and surname Olivers when he debuts or, if we assume the three Ollies to have played V/AFL footy to be Olivers as well, 6-8. And if Ollie Lord (Port Adelaide, pick 49) is also an Oliver, he could make it 7-8, with the surnames just ahead.
* The debuts of Finlay Macrae and Samson Ryan will make both of the Finlay and Samson first name-surname scores 1-1.

First names for the second and third time

Zane and Aiden are set to make their second appearances as AFL first names in 2021. West Coast's Zane Trew (rookie draft) will follow Geelong's Zane Taylor, while Aiden Fyfe (Gold Coast's rookie draftee, will follow Aiden Bonar into the AFL. New Bulldog Dominic Bedendo will become the second Dominic after Carlton's Fotia. There have also been two AFL Domenics (with an 'e'), Port Adelaide's Cassisi and Berry of Hawthorn, as well as the three Doms — Tyson, Sheed and Barry.

Meanwhile Elijah Hollands (Gold Coast pick 7) will join Port Adelaide's Ware and Sydney's Taylor to make it a hat-trick of AFL Elijahs. There has also been one Eli — Templeton of St Kilda.

Maurice Rioli Junior will become the sixth V/AFL Maurice but only the second of the last 40 years. The other one was his dad.

Errol Gulden, as well as being the first Gulden, is just the second Errol to play V/AFL. Had it not been for Collingwood's Errol Hutchesson, he could have had achieved a double-barrelled first. 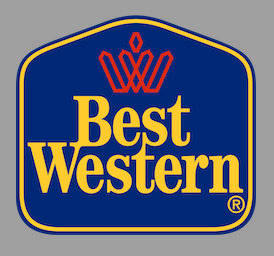 Although Fremantle's Nathan O'Driscoll is set to become the first V/AFL player of that surname, there have been two previous Driscolls, without the O' prefix. George Driscoll played two games for Richmond in 1914, while Frank Driscoll played seven for Essendon in 1957-58.

Joel Western, taken with pick 54 by Fremantle, will be the second V/AFL Western behind Albert Western. Given that Albert played just four VFL games (for Richmond in 1952), there's a pretty good chance that Joel will take after the hotel and resort chain, and become the 'Best Western'.

Meanwhile Ollie Lord will follow in the family footsteps to become the fourth V/AFL player of that surname. We just another three to make it a properly celebration of the seventh day of Christmas, with "seven Lords a leaping (for the footy)".

There was a time when hyphenated surnames were considered by some to be the domain of the well-to-do and aristocratic. Names of several former VFL players such as Hector Lingwood-Smith, Aubrey Gillespie-Jones and Rochford Devenish-Meares did little to dispel the stereotype.

Hyphenated surnames were pretty rarer back in those days but they are now far more common. In this year's draft we had three, Jamarra Ugle-Hagan, Denver Grainger-Barras and Matthew McLeod-Allison. If all three debut next year, 2021 will equal the record for most debutant hyphenated names in a single season, matching 2017 and 2019.

Ridiculous anagrams of the 2020 AFL Draft

There are two names that really stood out at Micro Noises HQ when it came to selecting those that summed up the 2020 AFL draft and, coincidentally, they were taken consecutively. The GWS Giants have been around the mark for some years now but haven't yet claimed a flag. They have made it to the last Saturday in September but not yet won a Grand Final. Perhaps their list managers realised that you need the right ingredients to WIN A GRANNY. And those exact ingredients can be found in the player the Giants selected with pick 18: RYAN ANGWIN.

With the very next pick — 19 — Collingwood took FINLAY MACRAE, whose name anagrammatically and very neatly sums up top level footy in 2020 — a MANIC AFL YEAR.

Micro Noises is Andrew Gigacz's occasional, quirky look at all things footy. The name Micro Noises is an anagram of Enrico Misso, who played one game for St Kilda in 1985. He remains the only Enrico and the only Misso to have played footy at the highest level.