Commemorations of the Bali bombing and the loss of Kingsley FC members recall our game's first major tragedy, the drowning of 12 Mornington players in 1892.

With matches between country towns established as early as 1861, "inter-colonials" from 1877 and now three or four interstate games each week, the Australian game has been fortunate in largely avoiding any major travel disasters, but there was one exception, way back in 1892.

The Mornington Football Club had arranged a match for May 21 with Mordialloc, on the coast some 15 miles to the north.

There had been some discussion amongst the team on whether to travel by road or make the journey by sea. The days previous had seen some choppy seas, regarded as uncomfortable, but posing no danger, and after the Saturday dawned bright and still, one of the team offered the use of his family's boat, a 28 foot fishing yawl known as the "Process", somewhat famous in the area for its success in many sailing regattas around Port Phillip Bay.

Twelve of the team ultimately opted to sail on the vessel, crewed by three experienced fishermen. The match against Mordialloc ended around 5:30 in a draw, and one or two players headed off to a local hostelry owned by a friend of one of the players. The "Process" was due to leave Mordialloc at around 6:30 and witnesses suggested that the yacht actually left a little earlier than scheduled with all expected passengers on board in conditions 'tolerably calm and clear' and with no indication that any on board were in any way intoxicated or there was drink aboard.

She was expected at the Schnapper Point jetty at Mornington around 8:30 p.m., and when the "Process" had not arrived an hour later, anxious friends and relatives notified authorities and an urgent message was sent to Mordialloc to confirm that the yacht had actually departed on time. On confirmation that the "Process" had sailed as planned, a search was started, but it wasn't until the early hours of Sunday morning that the sloop, "Wanderer" located the "Process" upturned at Pelican Point, about four miles from the planned landing point.

The reason for the loss was never fully determined, but observers noted the yacht's main mast had snapped, halyards were twisted and the rigging was jammed, prompting theories that it had been hit by a sudden wind squall while under full sail, probably about four and a half miles from safety.

Just one body was found at the time, that of Alfred Lawrence.

He was naked when found, suggesting that he had had time to strip off his clothes in an attempt to swim to shore, although observers suggested that his attempts may have proved futile anyway as most of the nearby shoreline is dominated by the cliffs of Mt. Eliza and he would have found it virtually impossible to scramble to safety.

Other clothing found on the "Process" also indicated that the passengers had tried to swim to safety.

The victims included the captain and owner of the "Process", George Hooper (alternately described as 30 or 36 years of age) and his twelve year old son and three sons of the local Presbyterian clergyman, the Rev. James Caldwell. Four of the victims were married men with young families.

Despite an eight day search by a Customs launch, the only other three bodies recovered were washed ashore up to a week later.

It was at the time the worst maritime tragedy in Port Phillip Bay and sporting organizations got behind an appeal for the dependants of the victims with many clubs at the junior level charging admission (usually sixpence) for the first time as special matches were arranged to raise funds for the appeal.

The Victorian Football Association were urged to set aside a Saturday game in aid of the fund, and were widely criticised when club delegates voted against the move as being too disruptive to the season fixture, deciding instead to play a mid-week match between teams selected from North and South of the Yarra and making a donation of just £50.

The V.F.A. reacted to the criticism, claiming that it was not a wealthy body, receiving just 5% of the gate takings for matches - the annual report confirmed this, the total receipts just over £467, of which another £140 was passed to charitable causes.

Individual clubs rallied to the cause, however; most had collections taken up at their grounds, Geelong organise a match of their own (although again mid-week), and the new Collingwood club a fancy dress note match amongst other efforts. The V.F.A. eventually decided to donate the net proceeds of the season's inter-colonial match between Victoria and South Australia to the relief fund. 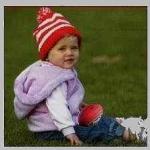