The death of Ted Fleming

The Riverine Herald and Table Talk staff writers report on the tragic death of Ted Fleming, former Melbourne and University player in the VFL. 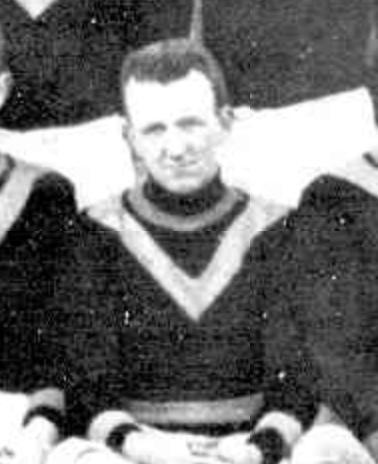 The sad news of the death of Mr Edmond Fleming, son of Mrs Fleming and the late Mr Thomas Fleming, of the Crown hotel, reached here yesterday morning. He had been ill only since Sunday evening. Returning from a visit to some friends in the suburbs, he was suddenly seized with sickness, which continued till he arrived at the University. Drs. Harvey Sutton and Hamilton Russell were called to attend him, the former remaining with him during the night. They found he had ruptured a blood vessel in the stomach, but apprehended no danger.

However, notwithstanding the attention of the doctors and Nurse Craig, who had been called to take charge of the case, he suddenly collapsed at 12 o'clock on Monday night. Mr Fleming was this year finishing his medical course at the University. He was a student of great abilities and gave promise of a fine career in his profession. He was a universal favorite at the University, and had made a name for himself in the cricket field as a first class bowler.

He was an office bearer in almost every club connected with the University. | His prospects for a Rhodes scholarship at Oxford were very bright, and Echuca loses that distinction by his death. His mother and relatives will have deep and sincere sympathy from hosts of friends here and wherever he was known. Dr. Leeper, the head master of Trinity College, arranged for the corpse to to conveyed by the Bendigo express to Echuca yesterday afternoon, and the funeral will leave the Crown hotel for the Echuca cemetery at 3:30 p.m. to-day.

The funeral of the late Mr Edmond Fleming, son of Mrs Fleming, of Pakenham-street, whose sudden death occurred in Melbourne on Monday evening, took place yesterday to the local cemetery. The body was convoyed to Echuca by the night train on Tuesday. The students of Trinity and Ormond colleges, in academic dress, followed the remains from the University to the entrance gates, and subsequently re-assembled at Spencer-street railway station.

The flag at Trinity College was flying at half-mast in token of respect. The funeral was very largely attended. The coffin bearers were Messrs Philip Nolan, H. Broderick, P. Monahan, J. Rousch, R. Casey, and M. Kelly; while the pall bearers were Messrs J. Stokes, jun., J. Nolan, J. Skelly, and T. Ryan, former Xaverian College chums. At the grave the service was recited by the Rev. Prior O'Byrne, assisted by Father Tobin (Moama) and Father Gerald Bartley (Coburg), a college friend of the deceased.

A large number of floral tributes were sent by sympathising friends, necessitating a special conveyance. Among those forwarded were wreaths from the warden, tutors, and students of Trinity and Ormond colleges, University Medical Student's Society, nurses Melbourne hospital, Trinity College Hostel Society, and from Messrs H. H. Griffiths, E. S. Robson, R. F. O'Sullivan and R. T. England, fellow students of Trinity College. The mortuary arrangements were carried out by Messrs W. W. Moore and Sons. The Melbourne University inter-collegiate sports, which were to have been held yesterday; were postponed until to-day as a mark of respect to the deceased gentleman.

Trinity College has had a pall of gloom over it all the week, for the sudden death of Mr. Edmond Fleming has cast depression over his fellow-students, with whom he was a favorite. His death was appalling in its suddenness, for he was at the boat race on Saturday. at Church on the Sunday, and it was when returning from this that he first felt a little out of sorts, and he died on the Monday at the college. He was a fourth year medical student, and a good sport, being most distinguished at cricket, although he also played football for his college.

What seems to add greater pathos to the sad event was the fact that so short was his illness that there was no chance of any of his people being with him; indeed, his mother, who lives at Echuca only arrived in Melbourne, in time for the funeral on Wednesday.

In this article:
Ted Fleming