Andrew Gigacz looks back at 120 years of Fuchsias and/or Demons who were also Maroons, Gorillas, Lions and/or Bears.

Dan Moriarty was a man of firsts. After eight teams broke away from the VFA to form the VFL, Moriarty was one of the 160 players to play in the very first round of games in the new league in 1897. Dan (right) and his brother Geoff were winners that day, the Maroons easily taking care of Carlton to win by 33 points.

While Geoff (below) went on to play 106 VFL games for Fitzroy (along with the 81 he had played for the club in thew VFA era), Dan's time at Brunswick Street ended after just 12 games when he moved to Rutherglen for work. When he returned to the big smoke in 1899, he joined Melbourne, becoming the first Maroon to join the Fuchsias in the VFL era.

Not content with those two 'firsts', Moriarty achieved another one when he became the first Melbourne player to face the VFL tribunal after being charged with 'umpire jostling'. Not happy with making the first appearance for the club at the tribunal, Moriarty went on to make the second and third as well. 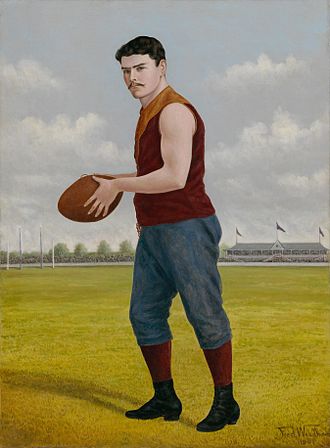 Since Moriarty's Melbourne move, another 48 players have moved between the founding club and the now Brisbane Lions Football Club and its antecedents, Fitzroy and the Brisbane Bears. The most recent of those is Stefan Martin, who plied his trade in the ruck for the Lions after making the move from the Demons in 2013, before joining the Western Bulldogs this year.

Billy Walsh failed to make a big impression in his league career, playing just four VFL games but he is notable for the gap between his third and fourth matches. After kicking two goals for Melbourne in his team's 66-point drubbing of Footscray in the final round of the 1934 season, Walsh was not seen again in a senior VFL match until the opening round of the 1944 season, nine and a half years later.

Walsh was playing for Fitzroy this time around, and the Roys got the win. Despite being part of that victory, Walsh was never selected to pull on the Maroons jumper in a senior game again. In total, Walsh played four VFL games, three of those being victories, the other a two-point loss. With a 75% winning record, perhaps Walsh should have been given a few more games.

There should be no ambivalence about the footballing talents of Marcus Seecamp and Stef Martin, but the fact is they are only 50-50 players. To clarify, Seecamp and Martin are the only two players in V/AFL history to have played 50 games at both Melbourne and Fitzroy/Brisbane.

Marcus Seecamp clocked up 51 games for Fitzroy from 1992 to 1994 before moving to the Demons as part of a deal that saw Wayne Lamb and Martin Pike head the other way. Seecamp gave great service to the Red and Blue over another six seasons and 89 games although, like his predecessor Dan Moriarty, he "enjoyed" several trips to the tribunal during that time.

Stefan Martin, the other "50-50" player, played 57 games the Dees before heading north to Brisbane in 2013. Since then he's been a tower of strength for the Lions in 132 games and now, at the ripe old age of 34, at the Western Bulldogs, where he shows no sign of slowing down.

A couple of other triples

Along with Pike, there are two other players who played at Melbourne and two versions of Fitzroy/Brisbane.

Nick Carter played 17 games for Fitzroy 1996, and he was one of the Lions who joined Brisbane when the clubs merged. He made five appearances for the Brisbane Lions before rounding out his career with three games at Melbourne in 1999.

A few years earlier, Darryl Cox played for Fitzroy from 1980 to 1983, then for Melbourne between 1984 and 1986. He then joined the newly formed Brisbane Bears and kicked a goal in his first match, a Round 2 win over Geelong. Despite the goal and the win, it was Cox's last match.

A bit of a Stretch

Some players are so synonymous with a football club, we sometimes forge that they played for another club. For example, no one is more 'Footscray' than Dougie Hawkins, but his final season, although still at Whitten Oval, was in Fitzroy colours.

Steven Stretch is perhaps another one who falls into that category. Most would remember Stretch for his fine 164-game career that stretched (sorry!) from 1986 to 1993, but he also had two excellent seasons at Fitzroy, playing 25 games for the Lions in 1994-95.

A couple of footballing Smiths

As a standalone word, "smith" is defined as "a worker in metal". As a word suffix, it "denotes a person skilled in creating something with a specified material". The latter meaning is a most appropriate one for two brothers of that name who played for both Melbourne and Fitzroy, Norm and Len Smith.

The brothers were certainly skilled footballers, but their greatest strengths lay in their ability to create winning teams with the players at their disposal. Norm is rightly lauded as one of the greatest coaches of all time, winning six flags at the helm of Melbourne, but his younger brother was also seen as a tactical coaching genius.

Len Smith did not win a premiership as coach, but he is credited with revolutionising the game with his focus on fitness and play-on football. Smith took Fitzroy to two finals series before taking on the coaching job at Richmond in 1964. He was forced to retire the following year due to ill-health but he is given credit for setting up the Tigers' greatest era, which saw them win four flags from 1967 to 1974.

Smith sadly missed seeing those flags, passing away a couple of months before the first of them, but his legacy at Tigerland lived on. Richmond's 1980 premiership coach, Tony Jewell, continued to refer to a battered notebook, titled ''LEN SMITH'S COACHING NOTES'', throughout his coaching days. Jewell still refers to it as "the Holy Grail of coaching".

STEFAN MARTIN is a man not to be messed with on the footy field. Even his stern glare can strike fear in opposition players. He's also as fit as he's ever been (although at the time of writing he has just been sidelined with a stress fracture), making him, all in all, a very apt anagram of A STERN, FIT MAN. 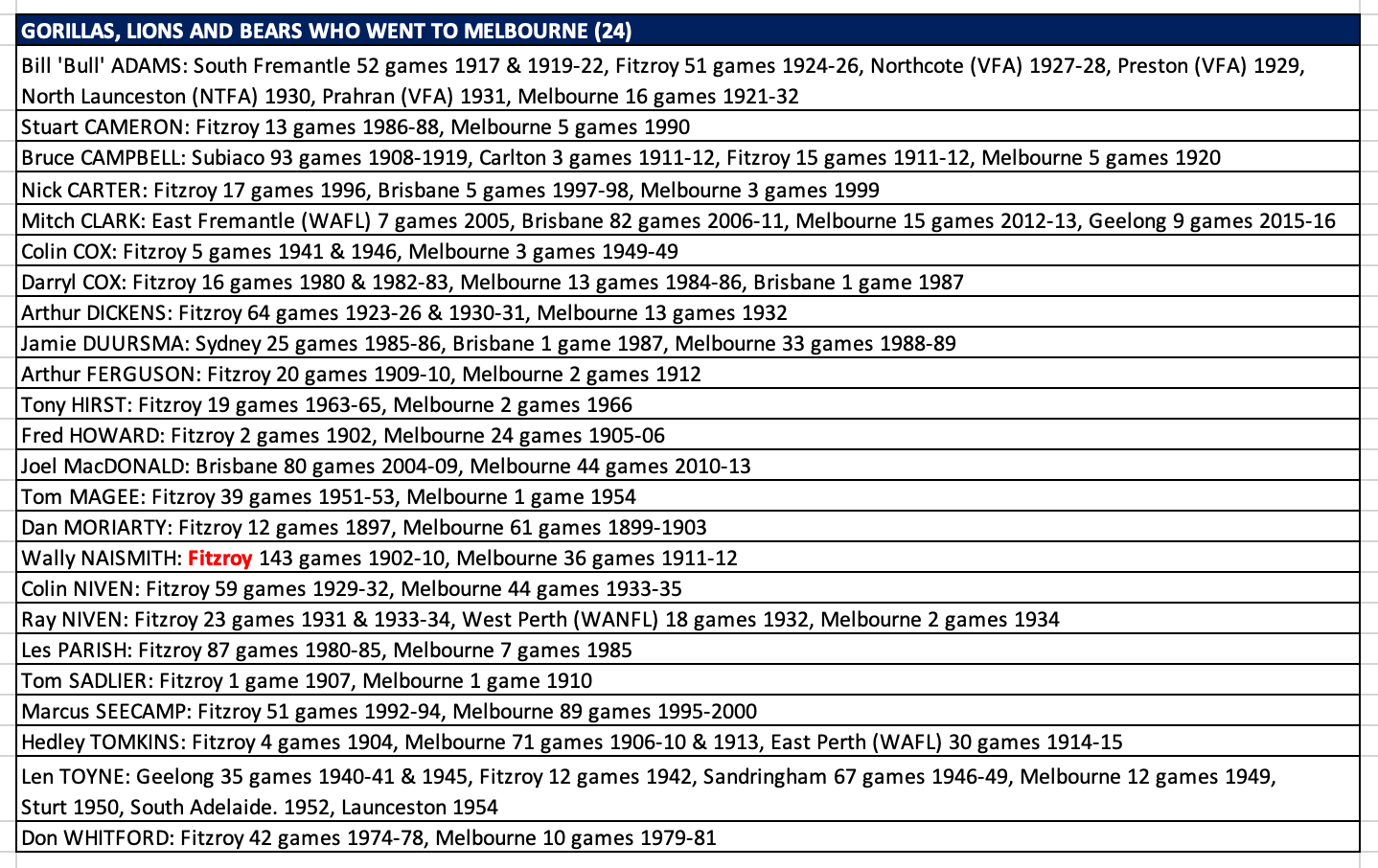 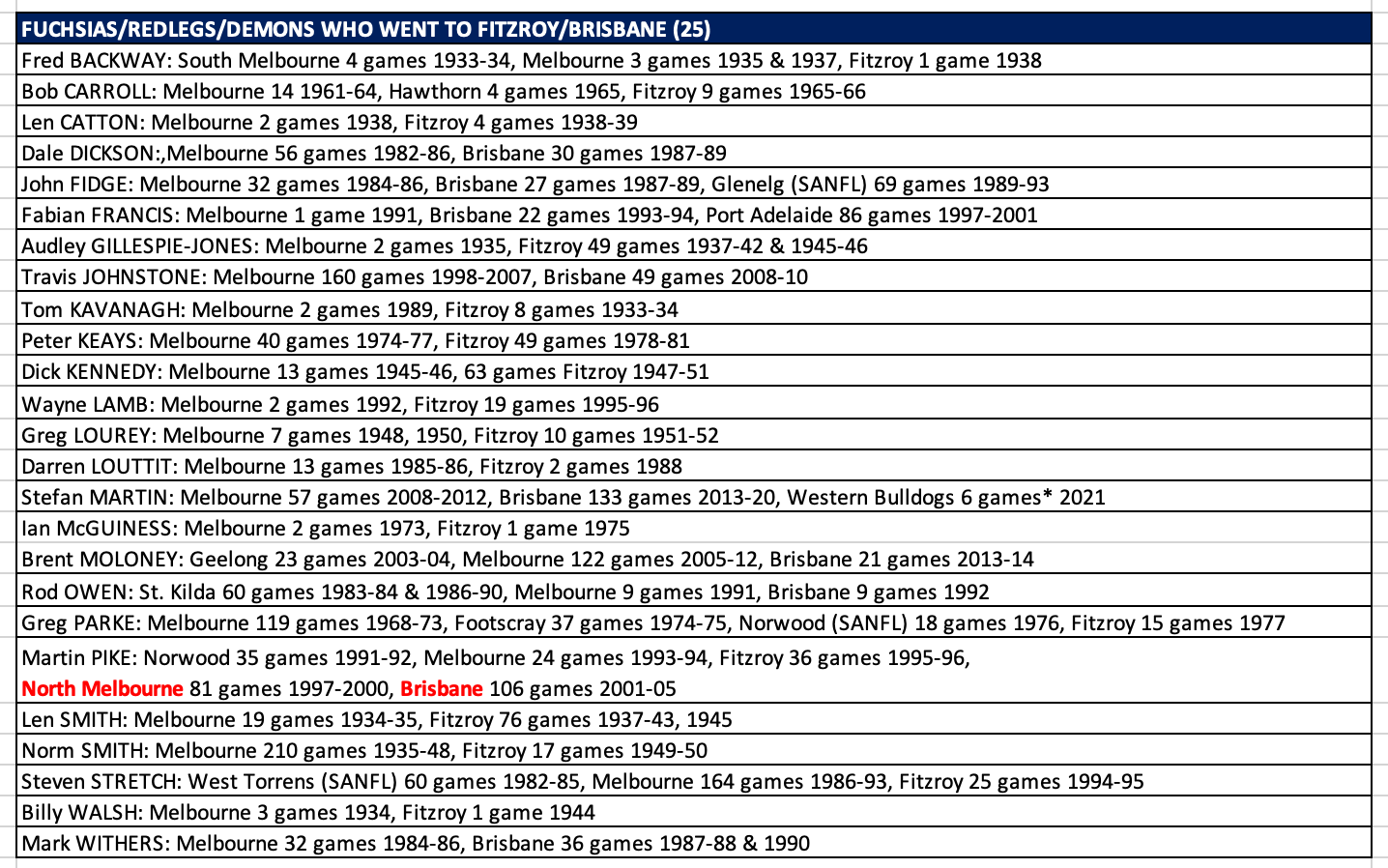