In the wake of last week's St Kilda vs Richmond encounter, Andrew Gigacz takes a look at the footballers who have played for both clubs.

In late 2020 the football world mourned the untimely passing of Jeff Dunne at the age of just 64. Dunne's bearded face was a familiar sight at St Kilda across 101 games over seven seasons from 1977 to 1983. Most of those 101 games featured Dunne sweeping the ball of defence, as he made the back pocket position his own. The back pocket is perhaps the most unfashionable position on the field, but Dunne thrived in it, to the point where it delivered him two best-and-fairest awards at the Saints.

What many forget is that Dunne's VFL career did not end at Moorabbin. In 1984 he was lured to Punt Road by Richmond. It proved to be a very short stay. Dunne played only a single senior game for the Tigers, a Round 3 win over Fitzroy, before work commitments took him to Tasmania, where he continued to play footy.

Dunne is one of 58 footballers who have made appearances in both St Kilda and Richmond jumpers. While Dunne went from St Kilda to Richmond to Tasmania, the most successful Saint/Tiger of all started in Tasmania. 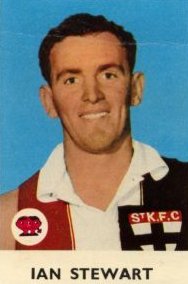 Ian Stewart, one of the greatest players the game has seen, played only 13 games for Hobart as an 18-year-old before he was snapped up by St Kilda. Part of the famous 1966 St Kilda premiership team, he won two Brownlow Medals with the Saints before crossing to Richmond in 1971 where he promptly won a third Brownlow Medal.

Stewart then added another premiership to his name as part of the Tigers' 1973 Grand Final team. To this day, he is the only player in history to win both a Brownlow Medal and a flag at two different V/AFL clubs.

The flow of players between the Saints and Tigers began from the moment the Tigers made their VFL debut in 1908. In its very first match, the Richmond team that ran onto Punt Road Oval on that May day included players who had previous VFL experience at six other clubs, including St Kilda.

Bill Mahoney was the first Saint-cum-Tiger. Mahoney was actually playing with his third VFL club on that day. He played 17 games for Geelong in 1902 and then 17 again for St Kilda, across the 1904-05 seasons.

Standing just 163 cm tall, rover Mahoney joined Richmond in 1906, playing with the Tigers in their final two VFA seasons. He was an integral part of the Richmond line-up over the next seven years, and became the first Tiger to play 100 VFL matches in 1914.

One in, three out

Oddly, Richmond's inaugural VFL side included three players who would later become Saints. Ted Ryan went on to play 12 games in yellow and black in 1908, but found himself at St Kilda in 1910, where he played a further 21 games over two seasons. 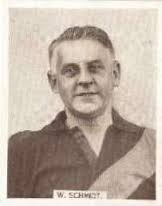 Bill Schmidt was the star of Richmond's first VFL Match (a win over Melbourne), kicking four of his team's eight goals, but he became the second Tiger to become a Saint, making the move in 1912 after 71 games at Punt Road.

In 1913, Bob Bowden became the third ex-Tiger to join St Kilda, helping the Saints to their first Grand Final in his first season with them. Bowden had originally started at Collingwood in 1906. In all Bowden played exactly 150 games, one for the Magpies, 83 for the Tigers and 66 for St Kilda.

Schmidt and Bowden were the first two footballers to play more than 50 games in both Tigers and Saints colours, and they were followed by six more. Laird Smith became the third when he went from St Kilda to Richmond in 1939. He played 57 games as a Saint and 66 as a Tiger. 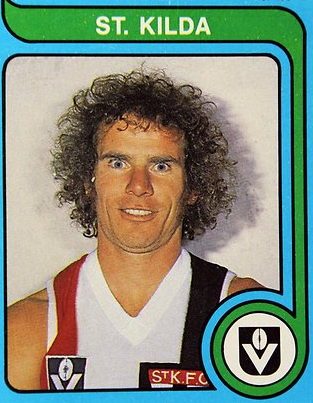 After playing his last game for St Kilda, Bill Schmidt returned to Richmond in 1921, becoming the first Tiger-Saint to go back to his first club. It would be 65 years before it happened again. Terry Smith, who was a premiership player in his very first season at Richmond in 1980, joined the Saints in 1983 before returning to Punt Road in 1986 for one final season, just as Schmidt had.

Four of the 58 dual-club players made the move between clubs mid-season. George O'Connor played his third game for Richmond in Round 2 of the 1911 season, but two weeks later he was a Saint. For Stephen Pirrie 74 years later, the change occurred even more quickly. He was a Tiger in the opening round of the 1985 season, and a St Kilda player the very next weekend. 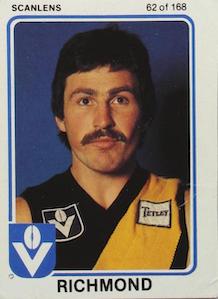 Stephen Rae and Mick Malthouse (right) went the other way mid-season and both were rewarded with premierships. For Rae, that reward came quickly. He was a St Kilda player in Round 5, 1973 but a Tiger in Round 6. By the end of that year he was part of Richmond's Grand Final win over Carlton, having knocked the team he had started the season with out of contention in the First Semi-Final.

Malthouse's success took a little longer. He moved from St Kilda to Richmond during the 1976 season, and was part of the team when the Tigers saluted under coach Tony Jewell in the 1980 Grand Final.

Percy STAINER played seven games for Richmond in 1908 but he was probably always destined to become a Sainter, given that his surname actually is an anagram of SAINTER. He became a Sainter in 1911.

On the other hand, Richmond probably decided to secure the services of HORRIE BANNISTER the moment they realised that he was an anagram of HIRE REBORN SAINT. He crossed from the Saints to the Tigers in 1924. 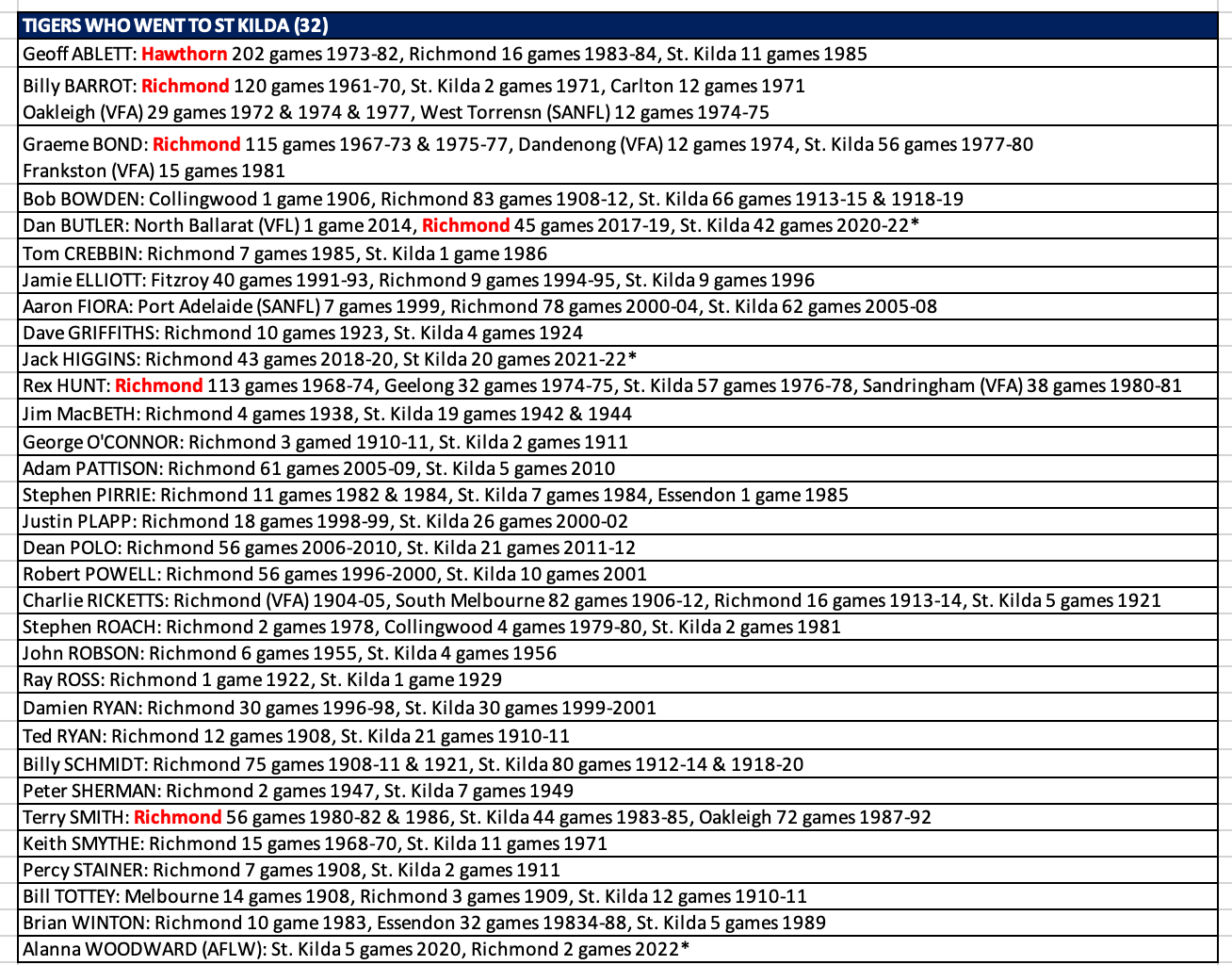 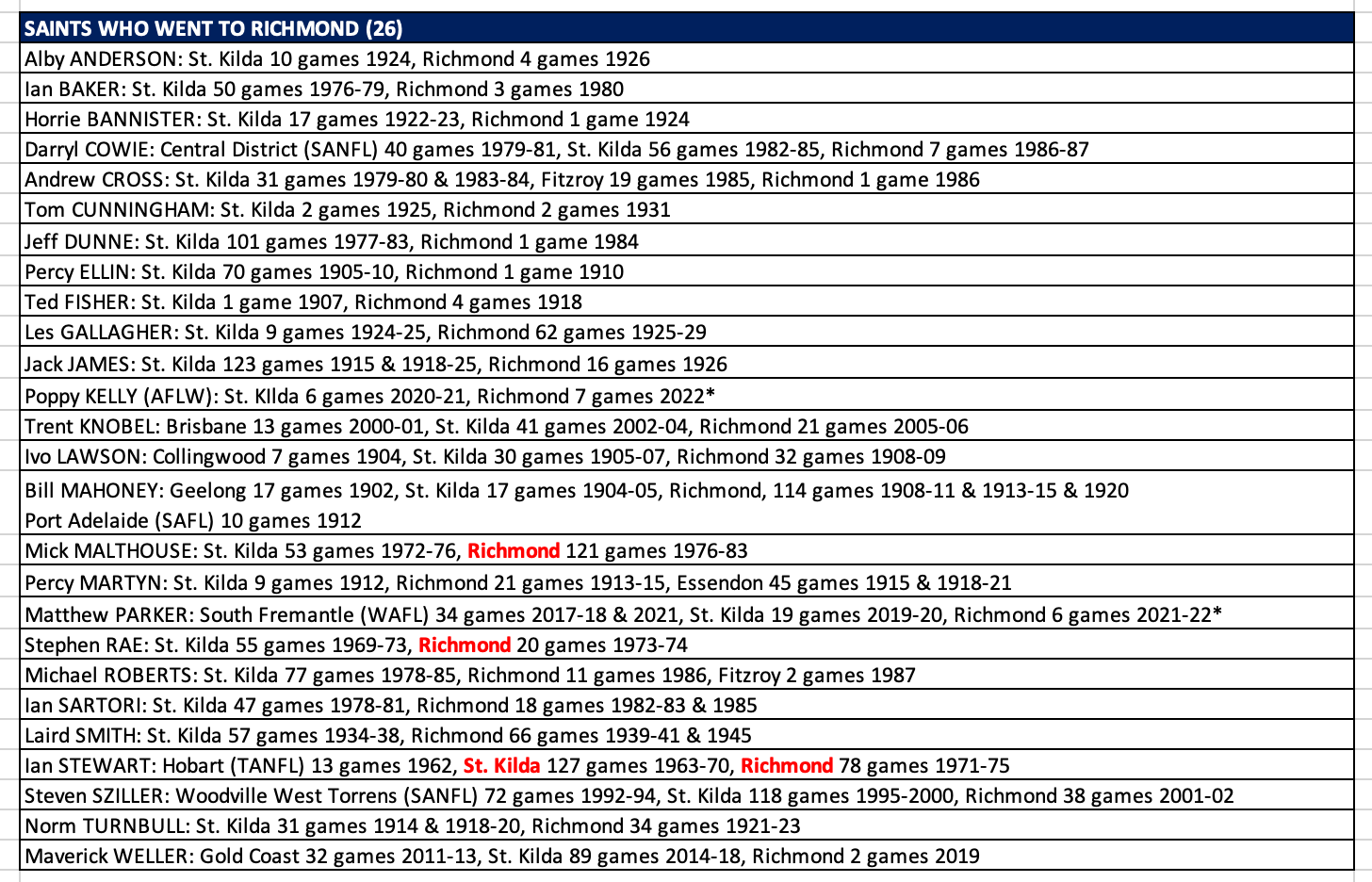